I recently saw the interview with Selma Blair talking about her diagnosis of multiple sclerosis.  The interview is meant to be uplifting and a great way to help people understand this awful disease.

If I were to interview her, I may ask different questions.  I may ask “so tell me what it was like to be told you were just an exhausted mom?” Or, “tell us what it was like to struggle with fatigue for seven years and not be taken seriously by your doctors?”  How about “Is there a lesson here that patients need to believe in their symptoms and look for other doctors who take them seriously?”

I wonder what the lesson here is for the doctor.  Were the doctors retrained or taught about the bias they may hold unconsciously because of who she is, what she looked like or that she is a woman?  Is all this important information slipping away so that society can forget about what this is really about, a misdiagnosis for seven years. 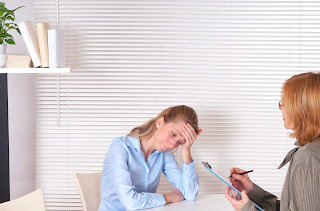 This is not the first time this has happened in recent years. Remember Fran Drescher openly spoke about her two-year journey to be diagnosed with uterine cancer.  She went on to talk about her fight for cancer research not addressing publicly that maybe there was more we could do to get a proper diagnosis.  “It was only after her eighth doctor did a biopsy—something that her first doctor said she was too young for—that Drescher was diagnosed”.  If we aren’t addressing the emotional pain, how about the financial burden to society by the wrong diagnosis such as the cost of seeing eight doctors.

There are studies about women’s medical care and the problems associated with getting diagnosed or being listened to (it’s even worse for women of color) but these happen one at a time and the articles and stories disappear.

There is an answer.  If the people who work in the field of healthcare haven’t gotten it right yet, maybe we should be involving the public – the patient - even more.

There needs to be funding available to continue the discussion when something like a misdiagnosis happens so people can learn about being a patient and start taking some of the responsibility for their own safety in healthcare – not just their health.

If people were more involved in their healthcare, they would take their health more seriously and not assume some doctor will fix it all up – because they don’t always get it right.


Here are just a few articles that may bypass the public:

Dying to Be Heard – Why Women Struggle to get Doctors to Believe Them
April 2018
MODERN MEDICAL RESEARCH has historically centered on men's health, by tradition and by statute. Only in the past 25 years – with the lifting of a law that barred most women from participating in clinical trials and another requiring their inclusion – have researchers begun to systematically consider how women's health outcomes differ from men's.
---------------------

Everybody Was Telling Me There Was Nothing WrongMay 2018One 39-year-old woman quoted in the report recalled: “One of the GPs I saw actually made fun of me, saying ‘what did I think my headaches were, a brain tumour?’ I had to request a referral to neurology. I went back repeated times to be given antidepressants, sleep charts, analgesia, etc. No one took me seriously.”
---------------------


When Doctors Downplay Women’s Health Concerns
May 2018
“Well, you look like you’re doing great,” my primary care physician cheerfully informed me.
I stared at her from the examination table in disbelief. I had just told her that I wasn’t enjoying being with my children and was having trouble doing what needed to be done at work and at home. As a health journalist, I had interviewed dozens of physicians and psychologists. I knew that being unable to live one’s life was the big red flag signaling it was time to get help.
--------------------
WebMD
June 2018
When Katy Seppi first got her period, the pain was so debilitating that she frequently missed school.
“I also had really heavy periods,” she says. “In high school, my mom taught me to use two super tampons at once so I could go to school. My dad once had to take me to the hospital because I was having such bad pelvic pain on one side. But the ER doctor just said that I was probably ovulating and it was normal to have more pain with ovulation.”
---------------------

“My wife,” I said. “I’ve never seen her like this. Something’s wrong, you have to see her.”
“She’ll have to wait her turn,” she said. Other nurses’ reactions ranged from dismissive to condescending. “You’re just feeling a little pain, honey,” one of them told Rachel, all but patting her head.