I am pleased with the recently released report  Questionable Doctors because I am confident that our healthcare system needs serious work  when it comes to patient’s safety.    I just think that the decision makers need a push in the right direction.
On the train, on my way to the NY State Department of Health patient safety committee the day after this report came out, I opened up the local newspaper, Long Island Newsday, and read an article about the wife of Dr. Anand Persaud, a Baldwin physician who improperly issued thousands of prescriptions for oxycodone and other drugs in exchange for cash payments in 2011 and 2012.   Now his wife is charged with criminal tax fraud and offering a false instrument for filing in the first degree.
Prosecutors said Dr. Persaud, an internist, wrote the prescriptions for powerful painkillers during at least 5,800 patient visit and sold prescriptions for oxycodone to undercover agents posing as patients without examining or questioning them.
A July 2013 Newsday article reports New York Attorney General Eric Schneiderman, whose Medicaid fraud unit conducted the 13-month investigation, said Persaud is one of the state's top prescribers of pain pills.  An August 2, 2013 report on News 12 Long Island reported Dr. Persaud is out on $500,000.00 bail.   Then, for almost a year, nothing until I read about his wife yesterday.
Looking at Dr. Persaud’s information on the NY State’ Physician Profile website, www.nydoctorprofile.com Anand Persaud is presently practicing (or could be) with no questionable actions (other than 3 settled medical malpractice cases) The state doesn’t add “under investigation” to their comments.
So one may say, if he is innocent until proven guilty Google your doc to get up to date information – if you even want to know.
Posted by Ilene at 8:44 AM No comments:

Did Something Go Wrong?

The patient was hospitalized for a few weeks following the surgery.   Complications made it impossible for the elderly patient to go home.  When the adult child originally called, it was to talk about the mistake, the pain their parent is having and the complications during surgery which caused the injury.  A call once in a while turned into a call a day, which turned into two calls a day with panic in the voice of a loved one describing the errors made in a parents vulnerable state.
I took the 30 mile drive to visit the family.  Getting there earlier than planned, I was in the room with family when the doctor arrived.  The doctor had an interpreter because neither the patient, nor the adult child there at the time spoke much English.  Assuming that this patient was in the hospital longer than planned because of the injuries caused by surgery and the “young, unqualified” doctor who did the surgery, (as the caller described him) caused severe injuries, I sat back and listened as the doctor explained through the interpreter, the next steps.
Now the family member who was calling me arrived.  I asked the family if I may ask questions and they said “yes”.   I asked the doctor what happened.  His explanation was clear.  The surgery was complicated.  He explained the possibilities of injuries having the surgery the way it was done.  The team cautioned about getting this surgery but the patient wanted it this way.  The family agreed with their elderly parent.  The patient was now recuperating and getting good care, in a private room with a bed for the family members to spend the night.
I asked the patient’s family if they understood that this surgery had complications, probably nothing was done “wrong” but still it wasn’t the best outcome.  They agreed.  I acknowledged their disappointment, frustration and confusion.  The patient was discharged a few days later and is doing fine.  The family is together.
Posted by Ilene at 8:12 AM 1 comment:

What Does "I'm Sorry" Really Mean?

Is an apology OK if it’s from over 20 years ago? Is it OK if it comes through someone else? Is an apology always healing or meaningful or even necessary?
My friend Rachel, a critical care nurse, who is warm and gentle, passionate about patient safety and patient’s rights, asked me a few weeks ago if I had ever sat down and spoken to the doctor who did my son’s surgery. I told her I hadn’t but the truth is, the conversation I would have had with him has played out in my head over and over again. I spoke to him briefly immediately following my son’s death. He sounded concerned. But that could have been because he was nervous. I barely remember the conversation, but I was happy he’d called. My mother also spoke to him briefly. She remembers the conversation better.
Maybe if I had moved on, continuing my job at the post office instead of throwing myself into the world of patient safety, not knowing what happened to that doctor who was the last to see my son alive and said he was fine, wouldn’t matter. But after speaking to hundreds if not thousands of people who have lost loved ones over the years. I have become haunted, as I know others are too, by questions about what that doctor’s life has been like. Does he think of my son? Have any lives been saved because of him? Did his death ever lead this surgeon to pause and do things differently? I have been confident that I would never get an apology, but just knowing that his life has been affected still matters to me — yes, 24 years later.
I never “blamed” the doctor. I never felt he was the direct cause of my son’s death. After all, we saw four other physicians about my son’s bleeding in the week after his tonsillectomy. None of them picked up on the possibility of my son Michael bleeding to death, or on the infection that ravaged his young body. I always told people who asked that he was a good doctor and a fine surgeon, but something that I will never understand went terribly wrong.
Rachel asked me if she could call him and if so, would I be willing to talk to him. She told me, “I had this vision in my head of the two of you sitting down to say things that you may have both thought over the last 24 years.” I told her, “Of course.” In a perfect medical system, Rachel and I both agree, when things go wrong, patients, their families and the medical team should be able to have a conversation in order to learn what happened, to heal and make improvements. That didn’t happen for me and it’s still not happening for the millions of families affected by unplanned outcomes since Michael’s death. I sent the surgeon a book, Wall of Silence, about 10 years ago, in which my son’s story is described in detail. The doctor never responded. Earlier I wrote him a letter, to which he also never responded. In that letter I wanted him to know about Michael. I realized I would never have an answer to the question: does he ever think about what happened?
Rachel called me this week and casually began the conversation by telling me that she had spoken to the surgeon who did Michael’s surgery 24 years ago. She continued telling me about her conversation, which didn’t register. I had to ask her to go back and repeat it. I thought that call was something Rachel was thinking about but would never be able to pick up the phone to do.
Rachel said the surgeon sounded annoyed at her calling but he stayed on the phone for 25 minutes. She asked him if he would sit down and talk to me and he said “no.”
He explained to Rachel that the hospital directed him as to what to do, and he did it. He now has health issues of his own. The surgeon, now probably in his 60s, told Rachel that he has “hashed” this over in his head.
Rachel told him about my work helping others come to terms with their new lives after an unplanned outcome. The injury or death is actually just the beginning of the patient’s or family’s new life. For years I have been helping people dealing with the guilt of what could have been done differently when they placed their loved ones in the hands of those who caused injury or worse. I have spent time with families facing the trauma and heartache of a medical malpractice lawsuit, encouraging medical mediation, and working on fixing the system through educating patients and their families. Rachel told him I said he was a good doctor.
She explained to the doctor that she wants to work in a hospital where there isn’t blame and mistakes aren’t hidden.
The doctor wished me well, and told Rachel that he is sorry for what happened.
Now I have to wonder, did I finally get an apology? And why have I been saying for years that he is a good surgeon? Was it actually to protect me? 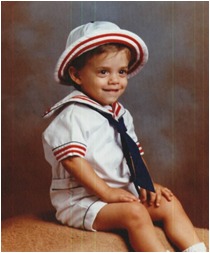 I got my answer, finally, because one person had the nerve to reach out to make a difference.  And that makes a very special person and a very special gift.
Posted by Ilene at 8:22 PM 5 comments: