Can We Predict the Sexual Predator?


No Prediction of a Sexual Predator

Evelyn Yang (married to presidential candidate Andrew Yang) has come out about being sexually assaulted by her physician. She has a public platform so I believe it’s wonderful that she would use that. It’s important, especially after the awful experience of the Olympic gymnasts.
Those stories, both Evelyn Yang’s and the gymnasts’, though devastating to many, should not come as a surprise. I wrote an article about this ongoing problem but also have personal experience where some of the problems are - and I have been concerned about this for years.
Years ago – in 2005 or 2006 – I was speaking to a group of teenagers about preparing as a patient, when two sisters called their doctor “creepy”. Having only sons, I realized I really didn’t know what a medical exam should be for girls. First I invited a gynecologist in to speak to the young people and their parents, and then my own children’s pediatrician to talk about their expectations in the doctor’s office.
I learned that children should be alone with their doctor to talk about private things, yet they can be dressed and they need to know what the exam is about and how it will be conducted.
With my dear friend Susan, a high school social worker, we worked with a team to then put together Teaching Young People to Become I-Patients: “Informed and Involved”. As early as 2006, we were conducting these 30-minute programs in the high school where Susan worked, and later in other schools.
Early in the history of Pulse support groups and as years went on, I received reports from women who were assaulted by their doctors. In meetings, or even social events, when people found out what I did, they shared their stories.
Out of curiosity, I went into a police station and asked the officer behind the desk what they would do if a woman was sexually assaulted by her doctor. The officer said they don’t “handle that” and she would need to go to the Department of Health. I didn’t pursue it and dropped it. 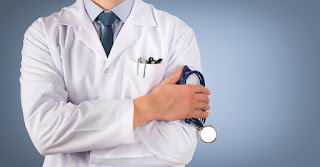 One day, I was with a doctor in his office during an exam and he did something completely inappropriate.    I was stunned and angry and was absolutely violated. I left in complete shock, never spoke about it, and never went back. Like many women,  I never shared this because who would care? What proof did I have? I just never went back and found out later that the doctor was no longer with that practice. Maybe someone else was braver than I was?
A few years later, I was to go for a checkup and saw a doctor I had never seen before. This was not to be a major exam and though I am rarely, if ever asked to remove all my clothing, this doctor did ask that. I assumed nothing, and even though I was not comfortable, I did what was asked. Again, what happened in that room was an absolute violation and assault. I pushed him away, got dressed and never went back again. I also never spoke about it again. I was shocked not only because of what happened but because I was nervous about being “disrespectful” to a physician. Both experiences were long ago and I still wonder who I could have ever told, that would have mattered and made a difference.
I am a survivor of rape (multiple times - same attacker) that happened while back in high school. In that case there were witnesses and the attacker admitted what he did. A few years later, I became involved in developing the local county’s rape crisis hotline. I was trained to take calls, meet victims in the emergency room and even follow them through the court system. This was in the early 80s, and I saw how victims were treated if it wasn’t an obvious assault. It always seemed that it was a bother to the police and the healthcare team if there wasn’t “proof”.
So, why is it important to me - for me - to share this now? Because for those who need to report sexual assault by someone who may be uncooperative — whether it’s a celebrity, a priest or a clinician — there needs to be a place in each community that can track these reports and be sure they are followed up.  If someone reports to the police that they were “touched” inappropriately by a clinician, will the patient be made to prove that is inappropriate when the patient willingly removed their clothing?
I know what exams are supposed to be like only because I have had numerous exams where I felt I was being treated respectfully. I still don’t know what is correct or not. Only what seems appropriate.
At Pulse, we have programs that do this, such as PACC  where we encourage people to talk about their experiences. Years ago, working with a support group of people who are transgender, I opened a conversation about their exams. The differences were incredible. No one seems to know what to expect.
Healthcare professionals need to stop saying things like “no one wakes up in the morning wanting to hurt someone.” That is obviously not true and is an excuse for cover up.
Programs need to be set up where people can learn to be patients and know what to expect.
A system needs to be set up in every county to record incidences of abuse by clinicians and to support people who are not sure.
I welcome your comments and feedback.