Are You to Blame When Errors Happen?

I will be the first to suggest that when an error in care occurs, the patient or their family should start at the place that made the error, and suggest that they fix it. But if they don’t share the incident any further, could that error be just hidden away, only to happen again with someone else?

Following injury or death from a medical treatment, many people will say they want to make sure the same thing doesn’t happen to another family. For years, I would suggest that the patient or family write a letter and also suggest what can be done to fix the “system” that caused the unplanned outcome. But what if there are rules and policies and training in place, yet problems still arise?

Here is what happened. Not a physical injury, but enough to make me lose faith that a “system” can work without filing formal complaints.

The short version: at a psychiatrist’s clinical practice, the patient and I dropped off the patient’s full list of medications, the HIPAA form and a letter stating that I would be assisting the patient throughout their medical care. Two days later, the information still had not found its way to the psychiatrist, who had an outdated list of medications for this patient. When I suggested that the list he was reading from was wrong, the psychiatrist said, “Well, I don’t know if it’s accurate. There is a list, I don’t know who loaded it in, so I’m not going to confirm it that it’s accurate.” Days later the information we had handed in showed up. This doctor wasn’t curious about where it had gone in the meantime, nor was it a major concern to me because the info was now correct. 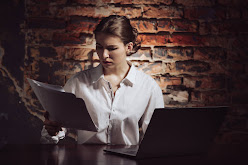 Just one patient, and two incidents only months apart. Is this a coincidence? Or is it the result of a careless system that has seriously violated a patient’s privacy? Am I guilty because I ignored the first incident? (Where did the envelope we dropped of actually go?)

Should we assume this is not the first time a breach like this happened? If I just throw out the other patient’s private health information (there is no phone number to let the other patient know of the breach) this patient may never know. If we tell the clinic what happened, can we assume that “it will never happen again”?

So, who is to blame? Careless staff? A system that lacks training and policy? Should we blame no-one because of the system that failed these two patients? Should we assume that this breach will be taken seriously?

I would love your thoughts and welcome your opinion. Yes, I will be filing a formal complaint because if it happens again, I’m to blame.