Now patients who use doctors affiliated with North Shore LIJ Health System can expect that their concerns - and compliments will be used as a tool to hold physicians accountable for patient relations.   How many times have you felt that your physician didn’t spend enough time with you to explain a new medication, a procedure or a diagnosis? This dialogue and communication between patient and physician is crucial to help in getting the best care possible and better outcomes.

The site is simple enough to use.  Go to the system website, type in doctor search and you can start narrowing down your search.  In one instance I went from 374 choices and by choosing my insurance narrowed it down further to 236 and then by hospital – if you have a favorite hospital, narrowed it down to 79 physicians practicing in the field I searched.

Although in the time I spent searching, I couldn’t find any negative comments.  That leaves me to wonder where they are.  Are people just leaving a practice and moving on without filling out the survey?  This is a great opportunity for patients to help patients by getting the information out and for holding the physician responsible for their “patient relations”.

I would like to see it go one step further and let us know how the office staff treated us.  So often we have more interaction with the staff managing the practice.  That should be encouraged in comments.  Although this is not a guarantee for positive outcomes – there is never a guarantee, it is yet another tool for patients to be part of the team in making choices.

Here is something else family and friends can do to help a loved one recently diagnosed or searching for a doctor.  Do the search.
Posted by Ilene at 7:21 AM 2 comments:

I had a very educational and eye opening experience being in the room with passionate advocates at the recent PeggyLillis Foundation symposium and training on C-Diff awareness and prevention.

This amazing group of people were there for one reason – learn about - and prevent the spread of c-diff.

These are the people who are hands on, loved ones and survivors of this awful, preventable infection.  According to the Centers for Disease Control Clostridium difficile was estimated to cause almost half a million infections in the United States in 2011, and 29,000 died within 30 days of the initial diagnosis.

There were an estimated 722,000 hospital acquiredinfections (HAI) in U.S acute care hospitals in 2011. About 75,000 hospital patients with HAIs died during their hospitalizations. More than half of all HAIs occurred outside of the intensive care unit.

According to the Mayo Clinic, C. difficile spreads mainly on hands from person to person, but also on cart handles, bedrails, bedside tables, toilets, sinks, stethoscopes, thermometers — even telephones and remote controls.  Illness from C. difficile most commonly affects older adults in hospitals or in long-term care facilities and typically occurs after use of antibiotic medications. However, studies show increasing rates of C. difficile infection among people traditionally not considered high risk, such as younger and healthy individuals without a history of antibiotic use or exposure to health care facilities.

At some point you may want to throw your hands up and give up telling healthcare professionals to wash.  What kind of disservice would we be doing for the public, for those people who shared their story at this conference, for the next generation of our children?

Can we even for a second say that Peggy Lillis’ death didn’t matter?  It did, her beloved sons have made it their mission to educate and advocate and make their mothers life matter.   She must have been amazing to raise her children to do such great work. We owe it to her and to the people we love.  Next time you are with someone at the hospital in the emergency room or at the bedside you can say– “DO YOU KNOW PEGGY LILLIS WHO DIED FROM C-DIFF?  I DO!  NOW DON’T TOUCH MY LOVED ONE UNTIL I SEE YOU WASH!”

Read Peggy's story here  http://peggyfoundation.org/story/peggy-lillis/
Posted by Ilene at 9:19 AM No comments:

When so many of my Facebook friends’ pages turned rainbow in support of same sex marriage, I marveled at the connectedness amongst so many people – gay or straight.  That rainbow meant empowerment, loyalty and “we are here, we are one”.

When men, women and children wear pink it shows the sisterhood of those suffering as a patient or loved one of a patient, or those who died from breast cancer.  Red ribbons share the common goal of finding a cure for AIDS.

What connects those who have suffered preventable medical harm?  Those who have lost people they love – those who fight to keep healthcare safe often feel alone because when we talk about patient safety or patient empowerment it may come across as blame to the people who work in the system.  But patient safety is not about blame.  It’s about encouraging our most vulnerable people; those who are sick, frail or injured – patients as well as their scared and frustrated family and friends to feel empowered and be part of the solution.  It is about giving the people who work within the system the tools to do their job and keep patients safe and the center of the team.

With the staggering numbers of 400,000 lives lost each year from preventable medical harm, there needs to be a connection.  Purple, a powerful wavelength of the rainbow is said to be a fairly new color.  In the book The Color Purple, Shug tells Celie “I think it pisses God off if you walk by the color purple in a field somewhere and don’t notice it”.  A sign of mourning, the color purple can make us take pause.


Yellow, the color of the sun and sign of a new beginning can give people hope.  A yellow dot, not quite hidden within the grief can keep us focused that there is a future in the work we do.
Posted by Ilene at 3:27 PM 1 comment:

Stories from the Field 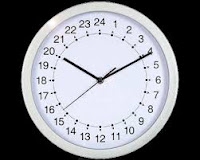 In less than 24 hours I heard 3 different stories.  One from a patient who used their local emergency room and told me about how rudely they were treated.  The nurse spoke down to the patient (giving me numerous examples) and then when an error was found on the patient’s record, the staff seemed annoyed instead of apologetic at their own error.


Another conversation was about a grandchild who died days after being born because the problems associated with this birth were not escalated the way they should have been.


One conversation was from a spouse in the hospital watching clinicians who didn’t wash their hands.  The patient’s “advocate” who shared the experience with me gave up in asking and just wanted their family member to get better and get out – defeated in trying to protect a loved one.﻿﻿
﻿﻿
Why are these stories so frustrating and even more upsetting than usual?  These were from 3 different physicians heavily involved in the patient safety movement for much of their adult life.  Recent stories of inappropriate care are still happening and called a “system problem" so blame can be avoided.  Is the “culture” patient safety experts talk about?


Behavior that is anything less than safe, kind and sympathetic to a patient can easily lead to avoiding an intervention that can cause injury or death. Speak up has become just words in many institutions.  “Sure, speak up - but not to me” is probably what many people working in the system think.  Not wanting to ask a question about test results, medication or a treatment plan because a patient may bother their clinician, or the nurse is too busy, leads many patients taking their care into their own hands.  Called “noncompliant” by medical professionals.  Maybe they need to look at themselves to learn about noncompliance.


I was contacted by a California man whose mother is in a New York nursing home.  They “found her” he said in pain with a dislocated shoulder.  Then a broken hip.  His mom who has cared for him his whole life now suffering from dementia is alone, injured and in pain.  It took them days to contact him.  He has no idea how these injuries happened but the staff isn’t answering his questions.


I  have had to let families know when staff are doing their best.  The patient may be being a bit unreasonable or there is a major tragedy on the floor that the staff are tending to - keeping other patients waiting.  But when patients are vulnerable – sick, frail or injured, they often remember how they are made to feel, even more than what is said.


How do these things happen?  How are we living in a society that the patient is still not in charge or made to feel respected?  Families and loved one’s must find their voices and expect no less than, at the very least, having respect in a system that is meant to save lives but designed for failure would be a start.  If this is the “culture” of our healthcare system than that means it comes from the leadership and the boardroom.  Errors don’t happen in the boardroom – they happen at the bedside.  This is where the training of family needs to be done.


Where does a patient or family go when someone isn’t “nice”?  How does being nice, respectful or kind to a patient change the outcome?


It’s been 25 years since my son died because no one listened.  I was intimidated and scared but not angry enough to demand service.  His body filled with infection and bleeding to death from a tonsillectomy it’s too late to change that outcome.  Those stories at the beginning are from medical professionals who, when sitting on a gurney are no different than the scared mother I was 25 years ago. How far have we really come?
Posted by Ilene at 3:17 PM 2 comments: