Dependency Based on Better Communication


Opioid Dependency and Addiction Could End with Better Communication

Would you be surprised if someone you know didn’t know what LGBT stood for?  Lesbian, Gay, Bisexual, Transgender may be common terms used – when you are speaking about someone’s sexual orientation and / or gender.  But what if that subject never came up for someone?  I was surprised too recently to find out someone wasn’t sure what the term meant.

The word “mortality” rate also means the death rate.  A cardiologist is a doctor who specializes in the heart and pulmonology is a specialty of the lungs.

New York Mayor Rudy Giuliani thought he was free from cancer when his doctor told him his tests came out positive – mixing up the word positive to mean a good thing. 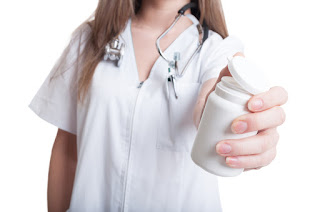 Now, think of all the ads and news about the opioid epidemic and I wonder how many people think that might not include them?

A commercial shows a man who tries his mother’s medication called Vicodin and becomes addicted.  He uses the name of the medication in the commercial and now that he is addicted, he is shown slamming his arm in a door to break it so he can get more.  The announcer uses the word opioid.  “Opioid dependence can happen after just five days”.  Why aren’t they using the name of the medication?  “Opioid dependence such as Vicodin and other pain medications can happen after just five days”.  Maybe we need to start putting these words together at discharge, at the pharmacy and in commercials to be sure that all people know that opioids is the type of medication – not the name of a medication.


One Way to Test Your Advocacy Skills

Could you be a “good” patient advocate? Here is one way to find out. 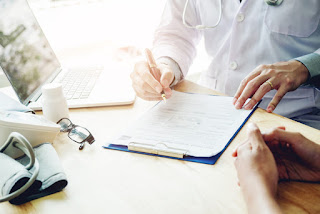 Have you blocked your friends from Facebook or no longer accept calls or invitations from people who don’t agree with you? Are you spending time proving you are right and they are wrong? Maybe you find something on the internet and then tell people who oppose your views that they are wrong.

Or, do you find yourself listening to people, radio and television shows that don’t share your belief or point of view? Maybe you engage people in conversation so you can hear what they have to say knowing it may be different than your point of view. Have you researched information that someone told you, to see if it is true and then keep this to yourself or share it once and move on?

Do you find yourself interested in what people who have different beliefs have to say?

If you can listen to others and know it may not agree with your values or beliefs, and not get angry or frustrated, you probably would be a good patient advocate.

You may be saying to yourself that when a patient makes a decision it doesn’t affect society, lives, the country or_____ you fill in the blank. That’s true. But by listening to what someone is saying, it helps to build a strategy and move forward not by emotion but instead by facts and clearly thinking. Who will listen when we speak out of anger and with words we don’t know are true? To help in a dialogue we need to be better listeners and maybe not try to change opinions unless we are armed with good facts and willing to listen to how others hear what we have to say.

This could be helpful whether we are speaking about politics or someone’s healthcare.

If the person you are caring for does not want a treatment or procedure you think is important, you can tell them over and over why it’s important through your experience or material you have read. If you don’t listen to why they say what they say or why they feel the way they do, you will continue talking to someone who is not listening and has learned to close you out.
Posted by Ilene at 8:11 AM 1 comment: